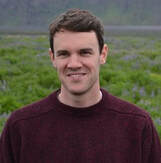 Manus Patten
Manus arrived at Georgetown in January 2011 and founded the Patten Lab soon after. His main interests are genetic conflicts and the levels of selection. Manus teaches courses in evolution, ecology, and genetics. 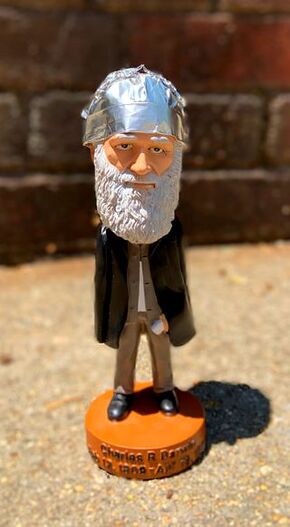 Grace Keegan ('21)
Grace is a Biology of Global Health and Spanish double major. She is a TA in the biology department and works on breast cancer research at the Lombardi Cancer Center in addition to studying parent-offspring conflict in the Patten Lab. For her thesis work, Grace will be looking at the evolution of the hormonal control of pregnancy in mammals. Apart from research, Grace is a leader of the GU Students for Health and Medical Equity and a volunteer interpreter at the Arlington Free Medical Clinic. She also takes pride in her 3 consecutive years of intramural volleyball championships at Georgetown.

Maria José Rivera ('19)
Maria José joined the lab as a junior. She graduated with a degree in Biology of Global Health and a minor in French. She did her thesis on the evolution of genomic imprinting. She is now in medical school at the University of Puerto Rico.

Sara Carioscia ('17)
​Sara joined the group as a freshman. She worked on various projects in the lab and did her senior thesis on chimerism in marmosets. She graduated with degrees in Classics and Biology. In addition to her research in evolutionary genetics, Sara was a tutor in the Writing Center and a member of the triathlon team at Georgetown. After graduating, she worked in policy in Washington DC. She is now a PhD student at Johns Hopkins University.

Kathleen McMahon ('15)
Kathleen joined the group during her sophomore year. After dabbling in intragenomic conflicts, she decided that the levels of selection problem would be a good problem to have. Kathleen's thesis research focused on methods to detect species selection in molecular phylogenies. In addition to her scholarly pursuits, Kathleen was a barista at Midnight Mug. She graduated with a degree in Biology and a minor in Economics. After graduating she moved to New York City and worked as an equity research analyst. She now works for a technology company.

Billy Rydzewski ('15)
Billy joined the group as a freshman. After spending a semester reading and thinking about the evolution of endosperm, Billy decided to try something less abominably mysterious for his thesis work: the evolution of sex chromosomes under sexual antagonism and meiotic drive. In addition to his research, Billy served as a TA in the Biology Department and was the director of seasonal services for The Corp. He graduated with a degree in Biology of Global Health and currently works in banking in the DC metro area.

Michelle Cassidy ('13)
Michelle was the first student in the Patten lab. For her thesis she examined the evolution of fitness variance in populations experiencing sexual antagonism and recurrent mutation. Michelle was the photo editor for The Hoya, the founding editor of The Hoya's blog, and an intern at Oceana. She graduated in 2013 with a degree in Environmental Biology. After graduating she worked as an editorial assistant in the books department at National Geographic. She now works at Quartz.

Gabi Liévano ('13), M.D.
Gabi caught Darwinian Paranoia as a sophomore when she reviewed meme theory for her final paper in Evolution. For her thesis, Gabi delved into the meaning and measurement of linkage disequilibrium. Outside of lab, Gabi was a Biology Department TA, Georgetown University Hospital volunteer, and Mass Coordinator. Gabi finished college in three years, graduating in 2013 with a degree in Biology. She attended medical school at Loyola University Chicago and is now in residency.

Tory Lynch ('13)
Tory completed her thesis work in the Wimp lab but also found time to work on some models of sex-chromosome drive with us in the Patten lab. In addition to being a well rounded scientist, Tory was an All-American collegiate sailor. She graduated in 2013 with a degree in Environmental Biology. She went on to get an MPH from Yale and is now working toward her PhD at Columbia University.
Powered by